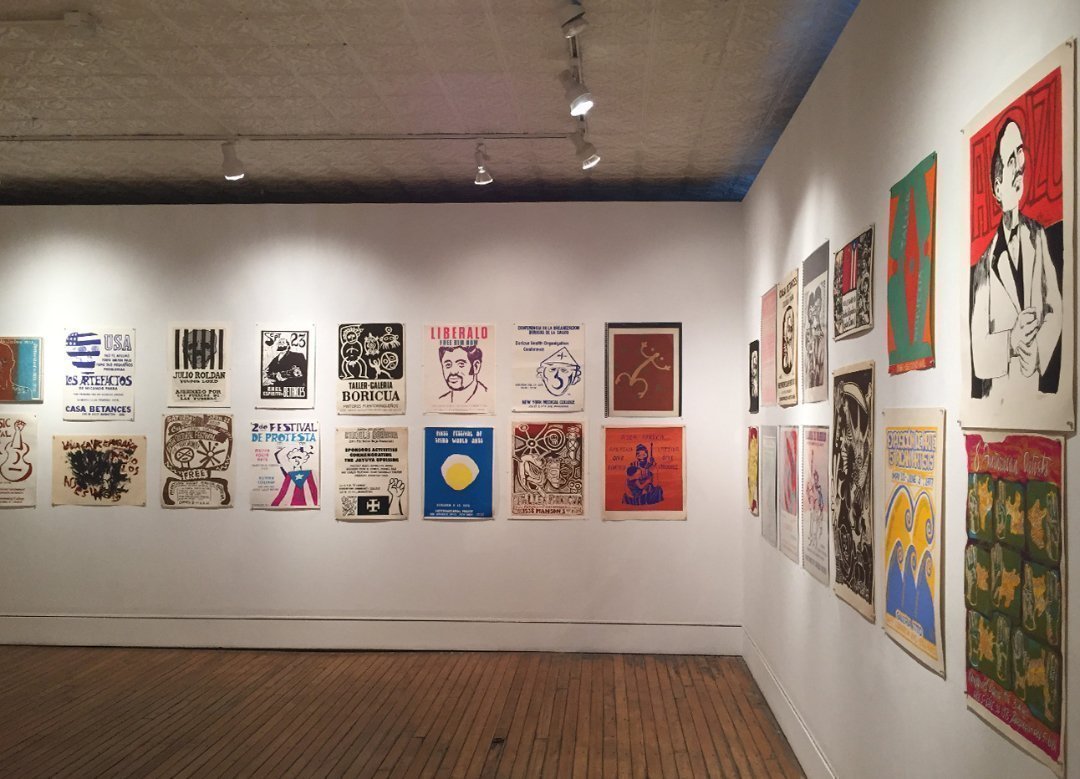 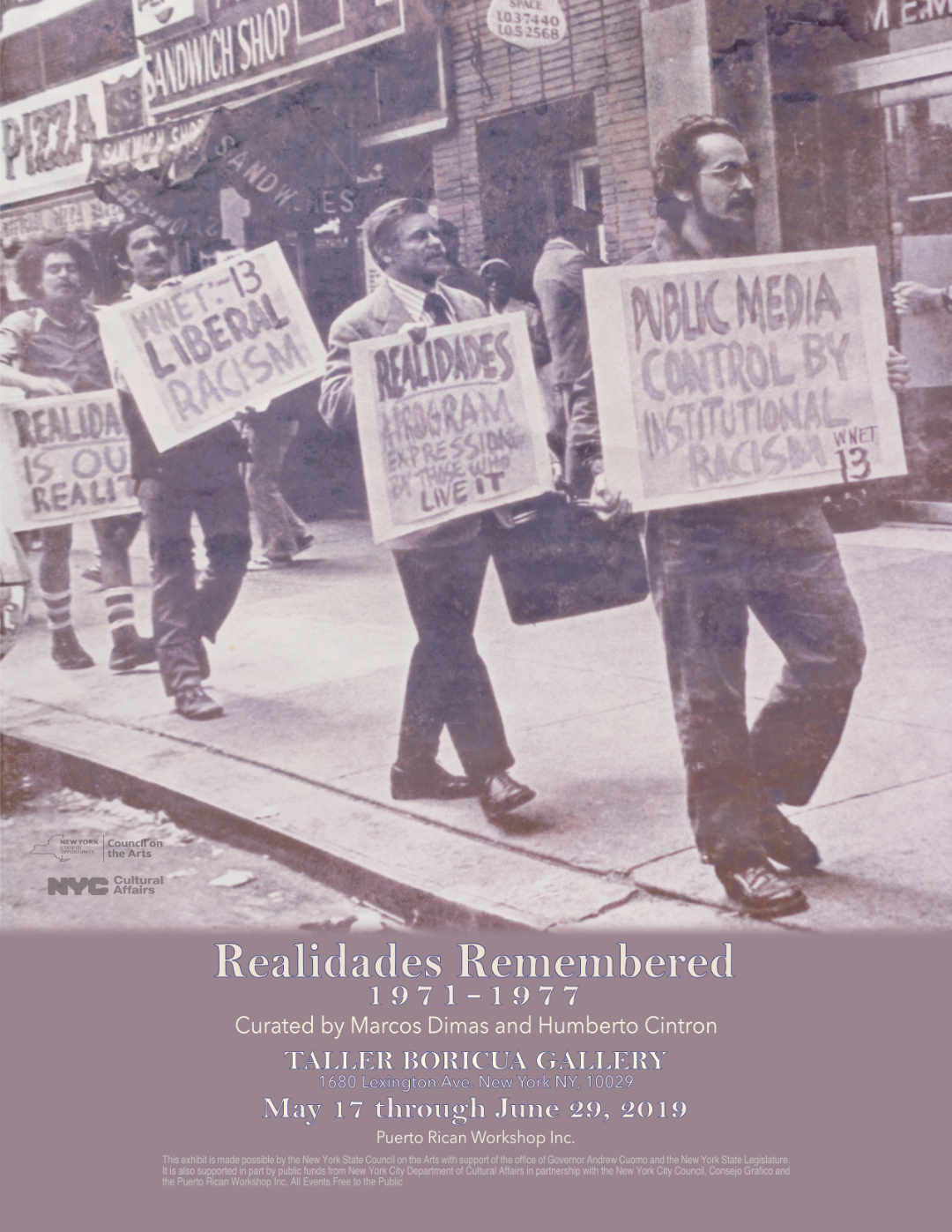 Realidades produced and broadcast by WNET-Channel 13. The program combine news, entertainment and education in a magazine format that highlighted the Puerto Ricans, Chicanos and other Latinos and their contributions to the fabric of America’s cultural diversity.

Realidades was the first national Latino television series in the history of public television in the United States of America. The groundbreaking television series highlighted a cross section of events, activities, organizations, and individuals all of which were significantly illustrating and defining our ”realities” during the 1960s and 1970s. Taller Boricua (the Puerto Rican Workshop) and its membership of artists were among the community activists that lent their energy and effort to create, sustain and develop a Latino presence in the fabric of public television in America.

The exhibition ” Realidades Remembered ” features a selection of episodes from the series. The exhibit also includes materials related to the media’s portrayal of Puerto Ricans in the U.S.

Also included will be photographs, posters, and art from the archives of the Taller Boricua, from Marcos Dimas and Humberto Cintron and will feature a suite of photographs by Maximo Rafael Colon.

This series of television presentations originally broadcast on WNET Channel 13 from 1971 to 1977, was the result of protest and demonstrations at the offices and studios by the Puerto Rican community. This exhibition presents several of the essential episodes from the series.